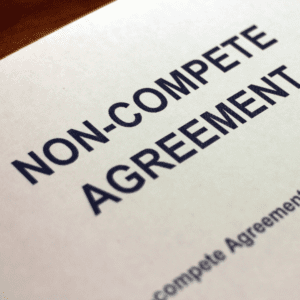 On December 27, 2021, the Federal Trade Commission (FTC) announced a proposed nationwide ban on non compete agreements for all employers. If this proposed rule becomes law, it would significantly change the way that employers are able to protect their interests when it comes to competition from former employees.

A noncompete agreement is a contract that an employee signs that limits their ability to work for a competitor or start their own competing business for a certain period of time after leaving their job. These agreements are often used by employers to protect their intellectual property, trade secrets, and other confidential information. However, noncompete agreements can also be used to restrict employee mobility and potentially harm workers.

The FTC is seeking public comments on this proposed rule. If you would like to submit a comment, you can do so through the Federal eRulemaking Portal or by mailing your comment to the Office of the Secretary, Federal Trade Commission, 600 Pennsylvania Avenue NW, Suite CC-5610 (Annex J), Washington, DC 20580.

There are a few key things to consider when commenting on this proposed rule:

The FTC will be accepting public comments on this proposed rule until January 28, 2022. If you have an opinion on this issue, it is important to make your voice heard and submit a comment.

Here are a few examples of how the FTC’s proposed nationwide ban on noncompete agreements would impact employers and employees if it becomes law:

These are just a few examples of how the proposed rule could impact employers and employees. It is important to note that this is a proposed rule and has not yet become law.

For more information about non-compete disputes, contact an experienced commercial litigation attorney at Ayala at 305-570-2208.

You can also schedule a consultation online at https://www.lawayala.com/consultation/.

You can also email directly trial lawyer Eduardo A. Maura at eduardo@ayalalawpa.com