The Paradigm of a Lawyer, my Mentor, Juan Carlos Gomez, Esq.

By Eduardo A. Maura.

Sometimes the people that hate praise the most, are the most deserving of it. That is the case of Juan Carlos Gomez, Esq.

Lawyer is an honorable profession. But what is it? What does it mean to be a lawyer? Being a lawyer is, in essence, a bunch of humans that decide they are going to learn monumental amounts of information and laws, the knowledge of which will have practical, real consequences in the lives of others, less privileged, and that are unable, for many reasons, to use or obtain this knowledge themselves. Even big corporations are in a position of disadvantage when it comes to this knowledge, and thus, need a lawyer. 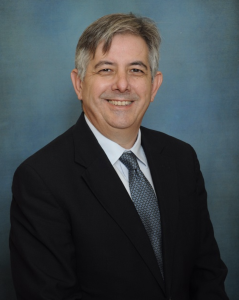 It is trade, an art, and a skill. Like everything, it can be used for good or for bad. In that sense, there are two things that can affect how good a lawyer is, one, it’s the competence on the obtention and use of the “knowledge” and two, the purpose for which it uses it.

Juan Carlos Gomez, my mentor, embodies both aspects in a paradigmatic fashion. I first met him during law school. He was and is an atypical professor. Humble, very approachable, who spoke in simple words. A titan memory, he never took or had notes. Everything, he remembered. The section of the code, the facts of the cases he was working on, and you were working on. He was respected by all students.

In January 2013, when I was fired from my job at a large law firm, I decided to start my own firm. The first person that learned of this was Juan Carlos Gomez. We had already become friends since law school as he, as a passionate immigration lawyer, and an immigrant himself, had a natural chemistry for immigrants like me.

Juan Carlos, not only encouraged me in my decision, but mentored me and taught me the beautiful field of immigration law; a field that up to this day I am passionate about. He could have just maybe help me here and there, answered some questions about the law. He went beyond that. He shared with me cases he could have taken himself, so I could make a living.  Cases that we co-counseled and that helped me survive when I no longer had a salary.

As if the legal help wasn’t enough, he’s been there for me in the darkest moments of my life, in the deepest depressions, in moments where I had zero to look forward to.

When it comes to Juan Carlos the lawyer, one case exemplarily reflects what this man is made of. I once signed up a case. A man with 5 kids who was being deported for a domestic violence incident. No doubt, he was at fault. No doubt, he did a bad thing. No doubt also, that if he were to be deported, 5 children would grow up without a parent. That is all Juan Carlos cared about. The children. He pursued the case actively, without pay, because he cared. His concern for the children was moving. He defended the father for the children, period.

On another occasion I asked Juan Carlos for help in some complex legal issue I did not know about.  He not only told me what to do but he came to the hearing with me. That’s how he is. He cannot not-help. It’s in him.

I could go on and on but to end, I just want to say, to the young or old lawyer alike, if you want to be the best lawyer, find people like him, learn from people like him. Find the essence of lawyering—use knowledge and intellectual skills to help those who otherwise can’t and that need it.