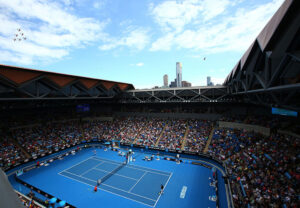 By Eduardo A. Maura

On January 16, 2022, after a long hearing, the Full Federal Court of Australia,[1] dismissed Djokovic’s application for judicial review of the cancellation of his visa. The ruling of the three-judge panel was unanimous.

For those unfamiliar, Novak Djokovic is the number one tennis player in the world and was seeking to enter Australia to play the Australian Open (AO). The AO is one of four “grand slam” tournaments—the tournaments that provide the most points, money, and reputation in the sport. Djokovic holds the records for most grand slam tournaments won with 20—tied with Rafael Nadal and Roger Federer. At 34, he is approaching the end of his career and was seeking his 21 titles which would undoubtedly cement him as the greatest player of all time—something many already believe.

But as it turns out, Djokovic is unvaccinated, and appears to be an “anti-vaxxer.” Australia, a country with one of the toughest covid-19 restrictions and mandates, requires all foreigners to be vaccinated, with certain exemptions. One such exemption was if you had covid in the past six months. Apparently (though there’s doubt as to it) Djokovic tested positive for covid-19 on December 17 and based on this positive test requested an exemption to enter unvaccinated. The government of Victoria—the state where the AO is located—along with Tennis Australia, approved his exemption.

Djokovic then publicized his exemption on Instagram, giving publicity to his controversial “exemption.” Australia’s public opinion was for the most part against his exemption. They saw it as a favor of a government that does not treat the powerful and famous equally when it came to enforcing laws and covid restrictions. The publicity put the spotlight on the Australian Prime Minister and his immigration minister, who had to make the controversial decision of potentially deporting the number one player in the world.

After being held for almost a day at the airport, Australian border authorities decided to deny entry and cancel his visa. Djokovic appealed this decision to a federal court, and Australian Judge Kelly reversed the cancellation on procedural grounds. The decision was affected by “procedural unfairness”—he said. Judge Kelly also took issue with the fact that Djokovic did not have access to his lawyer early in the detention time.

Thus, Djokovic was allowed to enter Australia and started practicing for the tournament. But as days went by—and Djokovic scheduled to play his first match on January 17—speculation built that the immigration minister may nonetheless decide to still cancel his visa using his discretionary power.

As stated in an Australian constitutional blog: “He did so by relying on his broad and personal ministerial powers under s133C (3) of the Migration Act. That section allows the Minister to cancel a visa if he or she is satisfied that a person’s presence in Australia might be a risk to the health, safety or good order of Australia and the cancellation is in the public interest.”[2] The argument the minister’s lawyer made at the three-judge panel review was that Djokovic’s view on vaccinations may encourage others to not get vaccinated thereby jeopardizing public health.

Comparison with US Policies:

It is fascinating to see the contrast between Australia and the United States policies at the border. Three things contrast clearly with the US treatment of arriving “aliens” as we called them here:

First. It certainly appears that Australia provides far more procedural “due process” to arriving aliens; this issue was specifically mentioned by Judge Kelley and was the very reason he reversed border agents’ discretionary call to cancel Djokovic’s visa and deny the initial entry request.

Second. Access to an attorney. It appears that Australia allows plenty of access to lawyers to those is seeking entry to the country. In the United States, immigrants seeking admission at a port of entry do not have due process rights on issues of admissibility. One may have a right to an attorney if questioned about something else, but not on immigration issues.

Three. More than one appeal as a matter of right. Djokovic was not only able to appeal the initial denial decision but had he decided to, he would have been able to appeal the second discretionary denial of his visa by the immigration minister. Of course, given that his first match was the next day after the appeal was decided, it made no sense for him to appeal and obtain a decision that would not come timely enough for him to play.

Finally, and this is probably not the case for all immigrants in Australia, it is remarkable how Djokovic’s case was able to move armies of legal professionals and judges to provide a thorough review of his case on an expedited basis (the hearing was a Sunday morning!) due to his high-profile nature; something most immigrants to Australia, don’t get.

For more information about an immigration matters, contact an experienced immigration attorney at Ayala at 305-570-2208 or email your questions at eduardo@ayalalawpa.com.

[1] Australia has a Federal system of government and courts similar to the United States. Djokovic’s case—an immigration case—was heard in what would be our Federal courts. 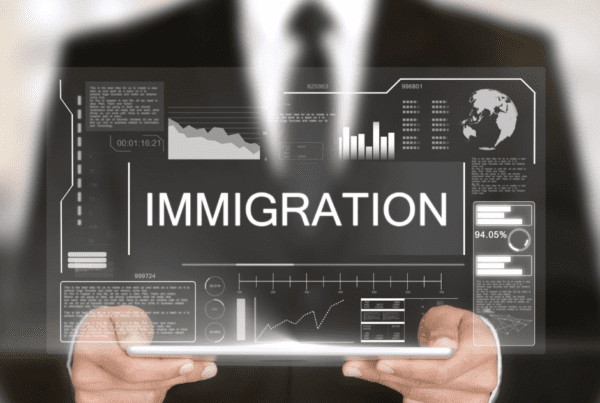